A crazy story came out of the UK recently about a restaurant called Carlini Shifnal, and since we’re beginning our series on online reputation management we just knew we had to talk about the flood of negative reviews they’ve received. 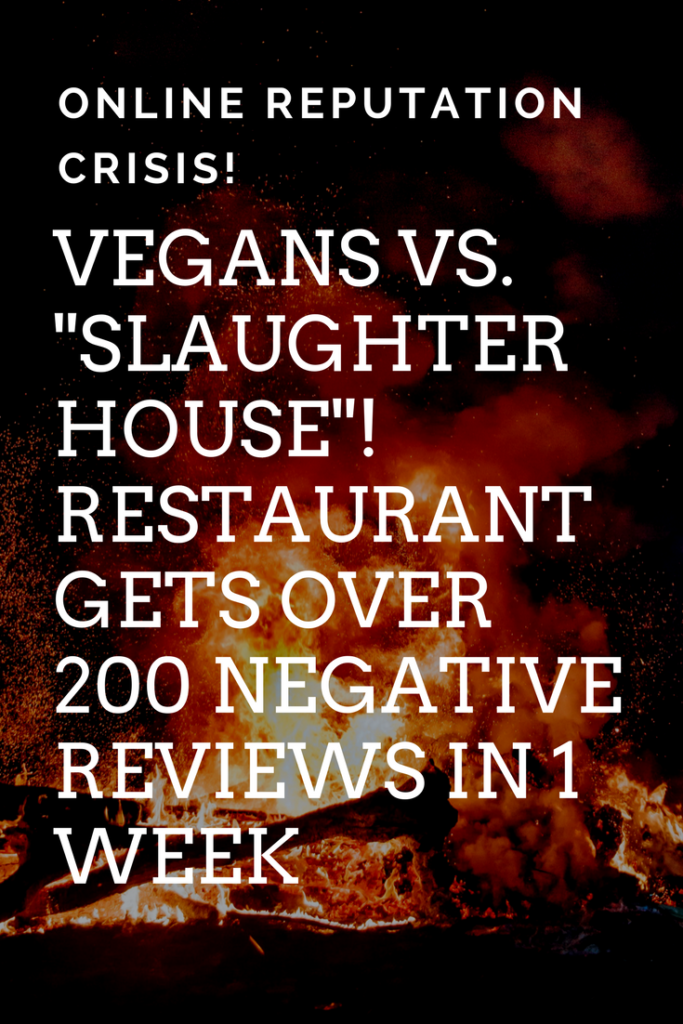 Here’s the story. A group of vacationing vegans had called ahead to the restaurant to talk to the owner and the head chef. They informed them of their dietary restrictions and asked them to prepare a meal for them. The restaurant owner agreed, but after the customers visited, chef Laura Goodman from the restaurant shared on Facebook saying that she had “spiked” the vegans’ food and put some kind of animal product in it.

As you can imagine, this has sparked a crazy backlash for this restaurant.

As of this video recording, they had over 200 negative reviews with a 1.7 star rating on Google. If we sort the reviews by ‘most recent’, you’ll see how outraged people are about this. Prior to about a week ago, they had about five 5-star reviews. So just in the last week, their score has been completely demolished. A couple of the good reviews creeping in are from people who are on their side, but for the most part they’ve gained over 200 1-star reviews.

And we’re seeing more and more of these kinds of stories. Business owners say something considered controversial – maybe they’re joking, maybe they don’t think they’re hurting anyone, or they simply don’t agree with certain lifestyle choices – then the whole thing goes viral…and the backlash follows.

This is just one example of why online reputation management is so important. If Carlini Shifnal had gotten their massive customer base over the years to leave positive reviews, by this point they might have 200-400 positive reviews on their account establishing a long-term trend of great service and great food. Then all this would have just been a blip on the radar and they could continue getting those really good reviews from their loyal customers.

But there are some things that they can do to mitigate some of this backlash.

Google has changed their policies to say that if you did not visit a business, you cannot leave a review for that business because reviews need to be represent the authentic customer experience. So a lot of these people who are leaving reviews saying, “As a vegan, I’ve never been to this restaurant…” and things of that nature, are actually violating Google’s terms. As such, the business owner could go to Google and say, “This is not a customer of ours, they’ve never been to the area, they’ve never come in, they don’t know anything about us. They’re just responding to a viral article.” And they could effectively have these fake negative reviews removed.

It’s likely that most business owners do not know this, and they probably think they need to deal with the backlash and accept that they are going to take a huge hit in their business. So it’s a really good thing to educate yourself, play defense, and go on the offense when something like this happens. But if you have someone who works for you in online reputation management, they will know how to handle these situations.

2 thoughts on “Online Reputation CRISIS! Restaurant Gets Over 200 Negative Reviews in 1 Week”