Since we’re doing a series on review management we thought these recent Yelp metrics would be great to analyze and see how they relate to businesses.

The following analysis is for Yelp’s metrics as of September 30, 2017.

If you combine all of these, that’s 188 million unique individuals who are using Yelp every single month. (There might be some overlap – some people might use it on their desktop and on their phone, as well.)

188 million monthly visitors really tells us that it’s important that businesses are present and active on Yelp. It’s especially important to get reviews, so that prospects know that you have good service.

This next section is related to mobile activity.

What does this mean? When people are looking for a restaurant or an activity, they’re doing it at the convenience of their phone. As such, it’s really important that your website is mobile friendly. Maybe you have a menu, maybe you have a store; people want to be able to have a good experience on their phones.

You can also see that 66% of Yelp reviews in the last quarter were generated on mobile devices. So if someone’s at a store or a restaurant and taking pictures of themselves trying on clothes, getting their car fixed, or their food, they have the photos on their phone and so it’s easy to leave a review with pictures.

Here we have a graph that shows Yelp’s growth in terms of cumulative reviews since their inception. You can see that it’s increasing pretty rapidly, and if it keeps going it might get to a linear increase by around 2020 or so. What that means is you should really want to get ahead of the game. With the 188 million unique users and the sheer number of reviews on the platform, if you can get ahead of the game and get a bunch of reviews on your Yelp account, people are naturally going to leave more reviews for your business. This is because people are going to your business more. This creates a snowball effect.

In terms of rating distribution, you can see that when people leave reviews, they’re either saying one of the following:

And as we talked about in our other videos, you really need reviews – compelling, positive reviews – to really get people to come into your business, and the right-side pie chart really reinforces that idea. It shows that people are either recommending businesses or not recommending them, BUT more people are likely to say that they recommend a business. So, if you can influence people and coax them into leaving a review, there’s a really high chance that they’re going to leave a positive, 4 or 5 star review and recommend your business.

In this next section we can see that 22% of Yelp’s overall reviews are for businesses in the shopping category, 17% are for restaurants, and so on. What this tells us is if you’re in the ‘shopping’, ‘restaurant’, or ‘home and local services’ categories and you’re not getting reviews, you’re behind your competition and you need a play keep up. But if you already have a lot of reviews and they are constantly coming in, stay on top of your online reputation management because these industries are really competitive.

The other thing that we take away from this is if you’re in the ‘health’, ‘auto’, ‘nightlife’, or ‘travel and hotel’ industry, there’s not a lot of competition. There’s a lot of money to be made here – if you get your business ahead of the curve and let’s say you have 100 reviews on Yelp while all of your competitors only have 5 reviews, you’re the obvious choice in your local area and you’re going to get all that business.

US Demographics of Yelp Users

The left-hand chart says that it’s almost an even distribution between age groups – about 33% of all major age groups are using Yelp. This means that no matter what business you’re in, whether you cater to older people or younger people or families, your audience is on Yelp. It’s ubiquitous technology that everyone’s using and it just shows that no matter what your target market is, you really need to be active on Yelp.

The middle chart about education is really interesting. It shows that people with a college education are most using Yelp. This ties into the right-side chart on income levels.

You can see that people with a lot of disposable income are using Yelp. This is an incredible opportunity for businesses because there’s a really good chance that the users are going to have a lot of money to spend. So you can really take advantage of this by offering upsells. For example, if someone comes into your business saying they found you on Yelp, offer them an appetizer or dessert because they probably have the money to spend.

Yelping All Over the World 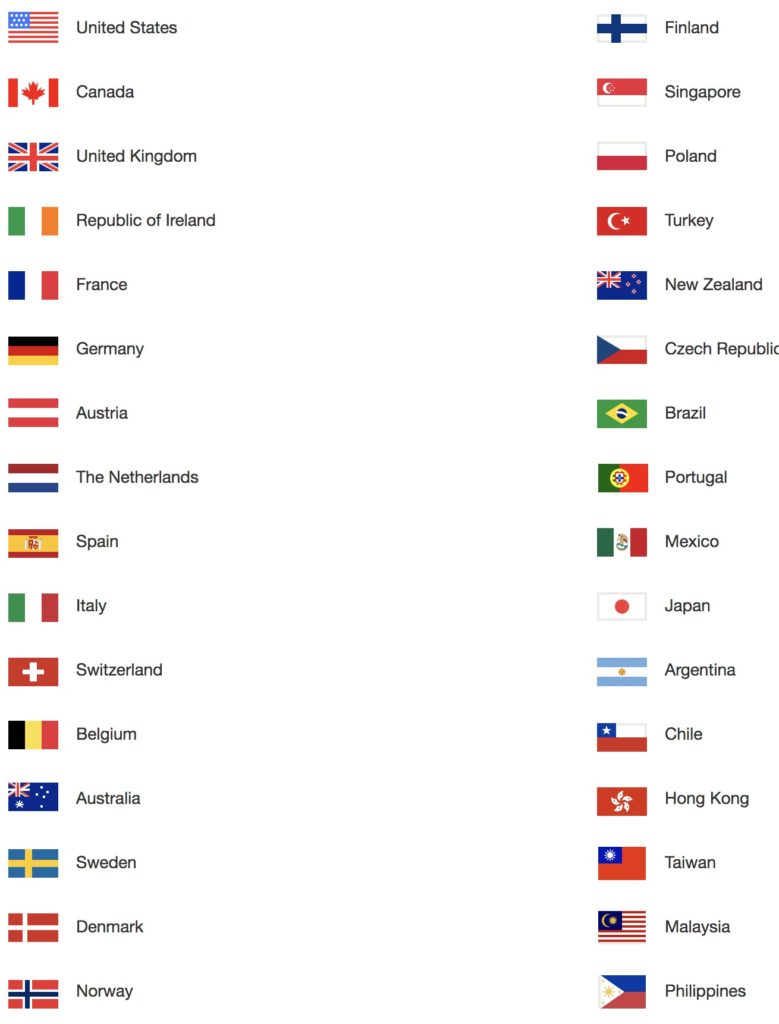 In this section we don’t really see any countries that are considered impoverished. Most of these countries are in North America, Europe, and Asia – pretty high economy countries. Basically what we’re saying here is if you have Yelp, you have the internet, and you have an affluent and technologically-advanced consumer base. So, you should be taking advantage of this platform.

We thought it was really interesting seeing the different pieces of Yelp. If you want to look at this in a little bit more detail yourself, visit: https://www.yelp.com/factsheet

If you can think of any other interpretations of the statistics, leave a comment and share your thoughts.